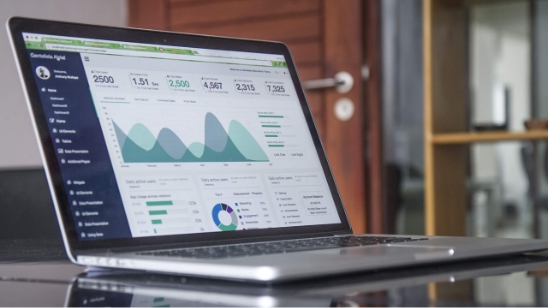 A core part of EITI requires oil, gas and mining companies to disclose voluntarily their payments to government agencies and for the reconciliation of these payments with government receipts from these companies. This ‘reconciliation process’ takes place on an annual basis and is conducted by an independent administrator (in the UK’s case, BDO LLP), overseen by the UK EITI Multi-Stakeholder Group (MSG).

The UK has now conducted this reconciliation exercise eight times, meaning that we have now placed on public record eight years’ worth of verified data on the financial flows between industry and government, covering 2014–2021. Our aim in publishing this data is to explain the contribution that the extractive sectors are making to the economic and social development of the country and to increase public understanding of the social and economic impacts of the sector and enrich public debate on the governance and stewardship of the UK's oil, gas and mineral resources.

The results of the reconciliation process on 2021 payments data, which took place in 2022, can be found below. The results from previous years can be found in our Publications & Reports page, using the ‘UK EITI Reports’ and 'Payments Data' filters.

Other sources of extractives payments data

Separate to the UK EITI payment reconciliation exercise and complementing the information in this report, a number of companies have reported their 2021 payments to governments around the world, including to UK government entities, under the Reports on Payments to Governments Regulations 2014 and the Disclosure Requirements and Transparency Rules and Prospectus Rules (before 21 July 2019) and the Prospectus Regulation Rules, which implement the EU Accounting and Transparency Directives.

Since 2014, large and publicly listed extractives companies in the UK have been required to disclose payments they make to governments on a country-by-country and project-by-project basis. This information is filed with the Companies House extractive service (UK-incorporated companies) and the Financial Conduct Authority’s National Storage Mechanism (London Stock Exchange Main Market-listed companies).

There can be differences in the amounts reported under UK EITI and under the UK Regulations. These differences can relate to interpretation of the scope of payment categories, reporting currency and timing.

The Natural Resource Governance Institute maintains a database of Payments to Governments reports submitted by companies under UK, EU/EEA and equivalent Canadian legislation. Resource Projects provides a platform to collect, display, download and search extractive project information using open data. It aims to harvest data on project-by-project payments to governments—based on mandatory disclosure legislation—and link it to associated information about the project from a variety of sources.

The databases are as follows:

The extractives sectors continue to make sizeable payments to the UK Government. In order to improve public understanding of these payments, UK EITI analyses these payments against each relevant tax and licence. The data is subject to a reconciliation exercise during which companies are requested to disclose their payments/repayments to HM Revenue & Customs (HMRC), The Crown Estate (TCE) or Crown Estate Scotland (CES) wherever these payments exceed a given threshold (£86,000). Additionally, the companies included in the reconciliation that made payments above £1 million to the Oil & Gas Authority (OGA)[1], are also asked to make such disclosures, even if the company did not make any other payment/repayment above the £86,000 threshold. Government agencies were also asked to disclose their receipts from oil, gas, mining, and quarrying groups. The independent administrator reconciled the declarations made by the companies with the data recorded by the government. The UK EITI website contains information on the oil and gas and mining and quarrying tax and licensing regimes.

This is UK EITI’s eighth payments report, which provides detailed information on the reconciliation of payment streams between companies operating in the UK extractive sector and the relevant government agencies in 2021. This data was published on the UK EITI website on 8 July 2022.

The reconciliation process consisted of the following steps:

A total of 42 oil and gas companies and 16 mining and quarrying companies participated in the reconciliation exercise and formed the basis of the report compilation, with continued high industry participation. This represents 98.69% of potential in-scope payments. This is considered to be a comprehensive picture given that most companies that were approached provided their data. The MSG is grateful to all those companies that participated in the process this year. This revised report incorporates information collected up to 2 November 2022. Any information collected after that date has not been included in the report.

For the year 2021 the following payment streams (unchanged over the last two years) have been included:

In line with the Reports on Payments to Government Regulations 2014, the materiality threshold applied to each revenue stream at group level remained unchanged at £86,000. The government agencies that were required to report for the 2021 UK EITI reconciliation exercise were HMRC, the OGA, TCE and CES.

The two tables below summarise the reconciled extractive industries payments to and refunds from UK government agencies in 2021. Apart from one case[2],  all other material differences have been reconciled.

This table provides an overview of the payments and refunds reported by extractive companies and government agencies in 2021, which provides a net total £1 billion, made up of tax flows of over £1.37 billion offset by repayments of £369.76 million. Most of these transactions cover RFCT-SC and CT payments to HMRC and licence fee payments to OGA. A total of £13.12 million was reported by out-of-scope and non-participating companies and this is subtracted from the overall total, resulting in an amount of £990.06 million reported by government and almost the same cumulative figure reported by UK in-scope companies. The final reconciliation shows an unreconciled discrepancy of £78,294, which represents just 0.008% of the overall total of payments made in 2021.

This table shows a breakdown of payments and refunds of the data in Table 1 (above) by sector (oil and gas, mining and quarrying) and government agency (OGA, HMRC, TCE and CES) for all the companies that participated in the UK EITI for 2021.

Adjustments to the EITI reconciliation scope

Every year the number of companies assessed as in-scope changes as new companies slip above or below the threshold of £86,000 or a reduction arises due to corporate mergers or acquisitions. In 2021 the reconciliation scope was adjusted slightly during the reconciliation exercise as more information on the extractive nature and materiality of payments emerged, and we believe that all material financial flows have been captured. These changes are detailed as follows:

Breakdown of Reconciled Data by Company and Sector

This table lists the oil and gas companies that participated in the 2021 reconciliation process and provides a breakdown of their total payments and receipts that were above the agreed materiality thresholds.

Payments are made to the OGA only by licence administrators (typically operators, who recoup the payments from the licensees in proportion to their interests in each licence) so the reconciled amounts reported in Table 4 in the Payments Data section do not reflect the extent to which payments to the OGA are spread between licensees.

This table lists the mining and quarrying companies that participated in the 2021 reconciliation process and provides a breakdown of their total corporation tax payments and receipts and their total payments made to TCE that exceeded the materiality threshold. There were no payments by these companies to CES.

There were additional minor payments reported by the government agencies for companies that were in scope but whose payments were below the agreed materiality thresholds and for in-scope companies that did not participate in the reconciliation process. The totals of these payments are reported in the summary tables above and, for petroleum licence fees and OGA Levy, are included in the online disclosure of project level payments and repayments, which also includes reconciled field level data on Petroleum Revenue Tax and project-level payments to TCE and CES.

Several companies have reported their 2021 payments to governments around the world, including to UK government entities, under the Reports on Payments to Governments Regulations 2014 as amended 2015 and the Accounts and Reports (Amendment) (EU Exit) Regulations 2019. This does not form part of the UK EITI payment reconciliation exercise but rather represents complementary information to this report. There can be differences in the amounts reported under UK EITI and under the EU Accounting and Transparency Directives. These differences can relate to interpretation of the scope of payment categories, reporting currencies and timing of payments. The Natural Resource Governance Institute maintains a database of Payments made to Governments and reports submitted by companies under UK, EU/EEA and equivalent Canadian legislation[5].

Payments to local planning authorities in England and Wales are required under section 106 of the Town and Country Planning Act 1990 and equivalent legislation in Scotland and Northern Ireland. These are used to mitigate the impact of extractive activities on the local community and benefit local communities. These payments can provide external benefits, including the improvement of local road networks or community facilities.

Table 6: Comparison between 2021 and 2020 extractive revenues

The above table shows that the overall increase was mainly explained by the increase of RFCT-SC that has risen by £622m or 108% because of the increase in oil and gas prices and production.

Average Brent prices were approximately $42/bbl in 2020 and $71/bbl in 2021, representing an increase of 69%. The COVID-19 pandemic created uncertainty which impacted demand for oil and led to the significant decrease in oil price during 2020.

As part of EITI reporting, companies are asked to disclose their beneficial owners; that is, information on the people who ultimately own and control each company.

All 58 companies which submitted EITI reporting templates also submitted a beneficial ownership declaration form, duly signed by a senior officer. Thirty-four of the reporting templates received were from companies that are either publicly listed or wholly owned subsidiaries of a publicly listed company, meaning that they provide beneficial ownership information under stock exchange requirements (see Table 7 below). The remaining 24 companies were privately held (see Table 8 below).

Information on the beneficial owners of these 23 privately held companies can be found on the Companies House website[18]: simply search for the company of interest and use the 'people' tab to access information about PSCs. For ease of reference, all this information is available by following the links in the last column of the above table.

Annex A: Background Information on the Extractive Industries Transparency Initiative and UK Implementation

The Extractive Industries Transparency Initiative (EITI) is a global standard to promote open and accountable management of natural resources. It seeks to strengthen government and company systems, inform public debate, and enhance trust. To that effect it requires oil, gas, and mining companies to disclose their payments to government agencies and for the reconciliation of these payments with government receipts from these companies. In each implementing country, it is supported by a coalition of government, industry and civil society organisations working together.

The EITI was first announced at the World Summit on Sustainable Development in Johannesburg in 2002 (the Earth Summit 2002) and was officially launched in London in 2003. The EITI is currently being implemented in 57 countries around the world.

The EITI Standard sets out the requirements which countries need to meet in order to be recognised, first as EITI Candidates and subsequently as an EITI Compliant country. The Standard is overseen by the EITI International Secretariat, which comprises members from governments, industry, and civil society organisations. As a stakeholder-led initiative, the EITI is overseen in each implementing country by a Multi-Stakeholder Group (MSG) comprising representatives from industry, civil society, and government.

Further background on UK EITI and the work of the UK EITI MSG is available on the UK EITI website (www.ukeiti.org).

EITI in the UK – Timeline

Annex B: Glossary of Abbreviations